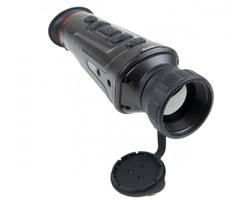 ON
SALE!
HowaM1100
From:
Choose Options This rifle line is special import meaning you can purchase now for pre-order with an arrival time of 4-6 weeks from date of order.

The rifle took three years to develop with Rigby’s historic partner Mauser and features grade 5 wood as standard, traditional Rigby pattern iron sights, an ambidextrous stock, rounded grip shape, hand-finished chequering and original-style engraving. The rifles weigh approximately 7.8lb with a barrel length of 22". The iron sights are regulated for 65, 150, 250 yards. The rifle’s magazine can hold either 5+1 or 4+1 depending on calibre. Of course, numerous upgrades are available to any specification.

Inspired by British adventurers
Hailed as a traditional deerstalking rifle, the new Highland Stalker is inspired by the same smaller calibre rifles Rigby produced at the turn of the 20th century that were used by iconic British adventurers such as Karamojo Bell and Jim Corbett. Rigby regards the Scottish Highlands as the birthplace of stalking and the title befitting the rifle.

A traditional deerstalking rifle
Everyone knows Rigby for large calibre hunting rifles, so the notion of introducing a new small calibre edition required considerable thought. After the phenomenal response to the commemorative Corbett rifle, Rigby realised there was a demand for vintage-looking rifles. For that reason it was decided to model the Highland Stalker on the look of the original .275 Rigby, which was the ubiquitous rifle of its time. After three years of R&D, Rigby is extremely proud of the result: the Highland Stalker’s striking slim lines and lightweight frame makes it ideal for the hill.

Launched to the sound of bagpipes
Rigby unveiled its latest creation – the Highland Stalker – to the sound of traditional Scottish bagpipes in front of a huge crowd toasting its arrival with a dram of Rigby whisky at IWA OutdoorClassics, which was held in March 2017 in Germany. 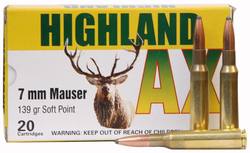