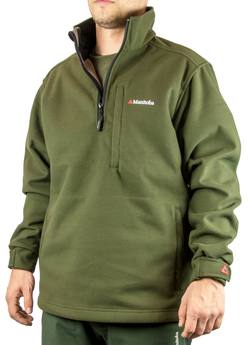 The 1858 Remington was one of the major side arms of the Civil War and was the last of the Remington percussion revolvers to be manufactured. This gun features a tapered octagon barrel, steel frame, brass trigger guard, 6-shot cylinder, fixed sights and two-piece walnut grips.

Though many percussion revolvers were on the market before during and after the Civil War no firearm offered such a challenge to the dominant Colt revolvers as did the 1858 Remington. Produced in both .36 caliber (Navy) and in the more popular .44 caliber the 1858 Revolver was considered by many to be every bit the gun a Colt was and then some. It is said that soldiers of the Civil War not only preferred it by far as their choice of sidearm but would actually trade a handful of Colts for one Remington New Army. In fact after the war the Remington out-sold the Colt as a surplus firearm to veterans who had experienced first hand how the two guns stood up side by side to the rigors of combat use. The strength of the Remington had always been the first issue in its favor. As elegant as the Colt revolvers were they lacked the strength of the solid frame Remington. Perhaps not as easily dismantled for cleaning the Remington 1858 was full framed and capable of bearing under greater abuse than the open-top design of the Colt.

Buyer must have a current endorsed firearms licence and complete a Police order form available from the "Mail Order Form" link below.
Mail Order Form 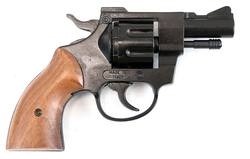