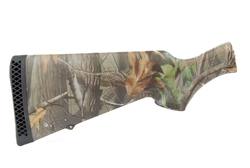 
The 92 series of semiautomatic pistols operates on a short recoil, delayed blowback system, which yields; faster cycle times, exceptional accuracy and greater reliability. Double/Single action provides a very safe and timeproven design. High-capacity steel magazines are durable and drop-free when the magazine button is depressed, even when empty. Chrome-lined barrels provide extreme corrosion resistance, as well as ease of cleaning. Barrels also feature a deeply recessed combat muzzle crown to protect the rifling.
. Open Slide Design: Open top slide virtually eliminates jamming and stove piping. Allows the user to load and chamber one cartridge at a time should the  magazine be lost or damaged.
. Disassembly Latch: Simplifies field stripping for maintenance by allowing quick and easy disassembly. Stays on the gun, preventing accidental dropping and loss.
. Visible Automatic Firing Pin Block: The front par t of the firing pin is blocked from any forward movement until the trigger is pulled completely back. The block is located rearward, far away from the fouling and debris of the breech face. Since the block is visible, the user may ascer tain its proper operation at any time. Even if the pistol falls and strikes the ground muzzle down, the firing pin will not strike the primer.
. Rear Sight Profile: The rear sight is designed to provide a front projection so that in an emergency, the user may retract the slide single-handedly by pushing the rear sight against the edge of a table, door, etc.
. External Hammer Design: A traditional feature of Beretta pistols, this design provides the energy to the firing pin, virtually eliminating the possibility of misfires due to light primer. Also provides an immediate visual and tactile indicator as to the cocked/uncocked status of the pistol.
. No Glare Finish: Beretta’s exclusive BrunitonTM non-reflective black coating is a superior corrosion and wear resistant finish.
. Light Aluminum Frame: Each pistol features a lightweight, forged frame made from extremely strong aircraft-quality aluminum alloy.
. Reversible Magazine Release: Positioned next to the trigger guard for either right or left-handed shooters, allowing rapid reloading. Magazine drops clear when released.
. Unique Ultra Safe Design: The ambidextrous safety lever, easily accessible by the thumb of a right or left handed shooter, is spring loaded so it’s either positively “on” or “off ”. The safety lever also functions as the pistol’s decocking lever. When pushed down, the rear part of the firing pin (striker) is rotated out of alignment with the front part of the firing pin. Additional hammer drop catch (half-cock notch prevents striking of the firing pin unit) in the remote chance of unintentional hammer drop.
. High-Capacity Magazines: The 92 family magazines are interchangeable within caliber, and range in capacity from 10 to 20 rounds in 9mm.


92 FS. A LEGENDARY FIREARM.
The 92FS, designated M9 by the U.S. Military, not only meets or exceeds all U.S. Military testing guidelines, it totally rewrites them..
• The average reliability of all M9 pistols tested at Beretta U.S.A. is 17,500 rounds without a stoppage.
• During one test of twelve pistols fired at Beretta U.S.A. before Army supervision, Beretta-made M9 pistols shot 168,000 rounds without a single malfunction.
• The Beretta 9mm pistol was the most reliable of all pistols tested in the 1984 competition which resulted in the award of the M9 contract to Beretta.
• Two-thirds of all M9 pistols endurance tested at Beretta U.S.A. fired 5,000 rounds without a single malfunction or, at most, with only one malfunction.
• The average durability of Beretta M9 slides is over 35,000 rounds, the point at which U.S. Army testing ceases.
• The average durability of M9 frames is over 30,000 rounds. The average durability of M9 locking blocks is 22,000 rounds.

Buyer must have an endorsed firearms licence and complete a Police order form available from the "Mail Order Form" link below.
Mail Order Form