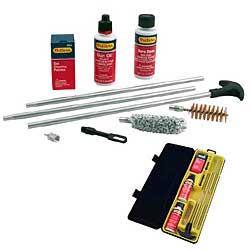 Save
X22RangerScopePackWood
Add to cart The Mossberg 500 is a series of shotguns that was originally designed in 1960 and began production in 1961. The 500 series represented a range of varying hammerless, pump-action shotguns, all of which features the same receiver. Variations were generally found in the barrel length, bore size, choke options, capacity, sights and stock/forend materials.

They have always been marketed as multi-purpose shotguns designed for use in less-than-favorable conditions. As such, all Mossberg 500s feature interchangeable barrels, which provides for a number of different configurations that can quickly turn a 500 into a field gun, a slug gun, or a sport gun. Additionally, they are all easily disassembled to allow for easy cleaning and simple maintenance. The versatility of the line has even earned it a spot with military forces the world over.

The Mossberg 500 series, which includes the typically military issued 590A1, is the only shotgun that has passed the United States Military's Mil-Spec 3443G standards, which just serves to illustrate the superior performance and reliability.

Buyer must have a current firearms licence and complete a Police order form available from; https://www.guncity.com/info-centre/order-form

Gun City is NZ's largest firearms dealer. We have been selling, importing, exporting, manufacturing, customising and repairing firearms & accessories since 1978. We have the largest range of guns, ammo & accessories available now, online in New Zealand. 12G Mossberg 590A1 Left-Handed with Heatshield